promo of the day 50% off your first order
Play now

Welcome to Online-Lotteries.com, your comprehensive guide to everything lotto related. Read in-depth details about the world’s top online lotteries, reviews of websites that let you buy lottery tickets online, news of the biggest lotto winners, strategies to maximize your chances of winning a lottery jackpot, important information about lotto taxes and legality, and much, much more.

Regardless of which country you live in, you’ve likely heard of US Powerball, Mega Millions, EuroMillions, Eurojackpot, and the UK National Lottery.

These lotteries offer the biggest jackpots in the world, with the largest ever being almost US $1.6 BILLION!

If you use your lotto winnings wisely, that kind of money could set not only you but also your future generations up for life.

That's why online lotteries are as popular as they are nowadays.

If you're not happy with the lottery prizes or odds in your own country, international online lotteries provide many other options.

Through an online lottery site (or its dedicated app), you can play all of these lotteries and many more from your computer or mobile device.

But with so many amazing lottos to choose from, how should you decide which lottery to play?

The choice ultimately comes down to a few main factors:

The jackpots of different online lotteries can vary greatly.

For example, the biggest US Powerball jackpot ever reached a staggering US $1.586 billion, which was split by three winners in 2016.

Here are the other biggest jackpots of some the world’s most popular lotteries, ranked according to value:

If you’re going for the gold and hope to win the biggest jackpot possible, then it’s pretty clear which lotteries you should play.

However, what your actual odds of winning are is probably just as important, if not more, of a consideration.

Even if a lottery jackpot is worth billions of dollars, what does it matter if your chances of winning it are extremely low?

Therefore, considering each lottery's odds can give you an advantage, especially if you’d be content with dozens of millions as opposed to hundreds of millions.

Maybe the latter doesn't have what could be considered “great” odds, but they’re certainly MUCH better (20.9X better, in case you're curious).

Meanwhile, your odds of winning the Italian SuperEnalotto are an almost-impossible 1 in 622,614,630!

In addition to knowing which games to play, you can improve your odds by playing less frequently but buying more tickets for each draw.

You can also greatly increase your chances of winning by playing with a lottery syndicate (also known as a lottery pool).

The prices of tickets for different lotteries vary quite significantly.

As a general rule, playing EuroMillions or one of the big national American lotteries is going to cost you more.

Meanwhile, playing a small lottery that is exclusive to a single state or small country will cost less.

This might not make much of a difference to you if you’re just an occasional player. But if you play a lot of numbers and do so regularly, the costs definitely start to add up.

Another important consideration, which some players never think about, is how much they’ll be taxed on their winnings.

The US, for example, levies an astounding federal income tax of 24% on jackpot wins for American citizens and 30% for non-residents.

Canada and the UK, on the other hand, do not tax lottery wins at all.

One way to reduce the taxes you’d have to pay is to take annuity payments rather than a cash lump sum, which most people do not do.

Annuity payments will split your jackpot win over several decades, meaning you’d receive a payment every year rather than the full amount upfront.

One advantage of this is that you might be able to stay out of the highest income tax brackets. In other words, you'd end up paying considerably less in taxes over the long term.

Another advantage is that managing several million dollars in income each year is much easier than managing hundreds of millions all in one go.

This means you’re more likely to spend your money responsibly and not make terrible decisions like these unfortunate lottery winners.

Some lotteries and countries have strict regulations about who can play their lotteries, requiring players to either be citizens of that country or at least be in the country physically when buying a lotto ticket. Luckily, thanks to the Internet and numerous companies that know exactly what people want, there are easy ways around this.

How Can I Play the Lottery Online?

Many people are surprised to learn they can play online lotteries, as the vast majority still buy lotto tickets the old-fashioned way: by going down to a local lottery retailer and buying a physical paper ticket. While there’s nothing wrong with this approach, we are in the 21st century—and with that come all the luxuries and comforts that the Internet affords. Why waste time driving, walking or commuting, and possibly waiting in line, when you could be doing other things? Luckily, you can buy online lotto tickets via third-party lottery ticket websites as well as official lottery companies—although the latter are often strictly regulated and thus limited to specific geographical areas such as countries or states.

Third-party lottery websites are split into two types, ticket purchasing agents and lottery betting sites, each of which has its advantages and disadvantages.

Ticket purchasing agents do exactly what the name suggests: they purchase lottery tickets on your behalf. They usually do this by having agents in the country of each lottery they advertise. Their agents physically go to a lottery kiosk and purchase lotto tickets for you based on the numbers you chose via the company’s website. Although such companies charge a small surcharge for picking up the tickets for you, the incredible convenience they provide to let you play incredible lotteries all around the world without getting up from your couch is definitely well worth the cost. Here are several other great perks of using lottery ticket agent websites:

Though there are quite a few players in this industry, some of these companies have been around for almost as long as the Internet, meaning they’re not only legit but also very successful. Clearly, these sites are doing something right

Lotto betting sites, meanwhile, basically act like sports bookies in the sense that they let you bet on the results of real-world lottery draws. Although they do not buy any physical tickets for you or have anything to do with the official lottery games at all, they usually offer the same jackpots that the official draws are offering. For smaller prizes, they pay players out directly from their profits, whereas for big wins they are covered by an insurance company. The advantages of lotto betting sites include:

While all these perks are great, not having an official physical lottery ticket means that you’re at the mercy of the lotto betting website that you’re dealing with. While most are legit and some are highly recommended, there are also some shady ones to be wary of. In theory, such sites could take your money without ever paying you out a penny, and if that happened, what could you do about it? In addition, if someone won a massive jackpot worth hundreds of millions, would the insurer actually be able to afford paying out a sum that large? Or would they go bankrupt and leave you with nothing or just a fraction of what you thought you’d be getting? 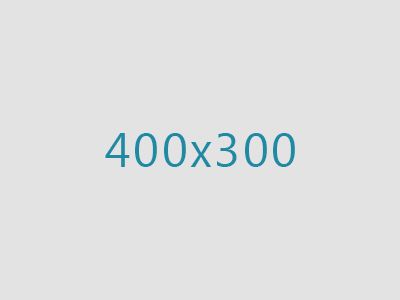